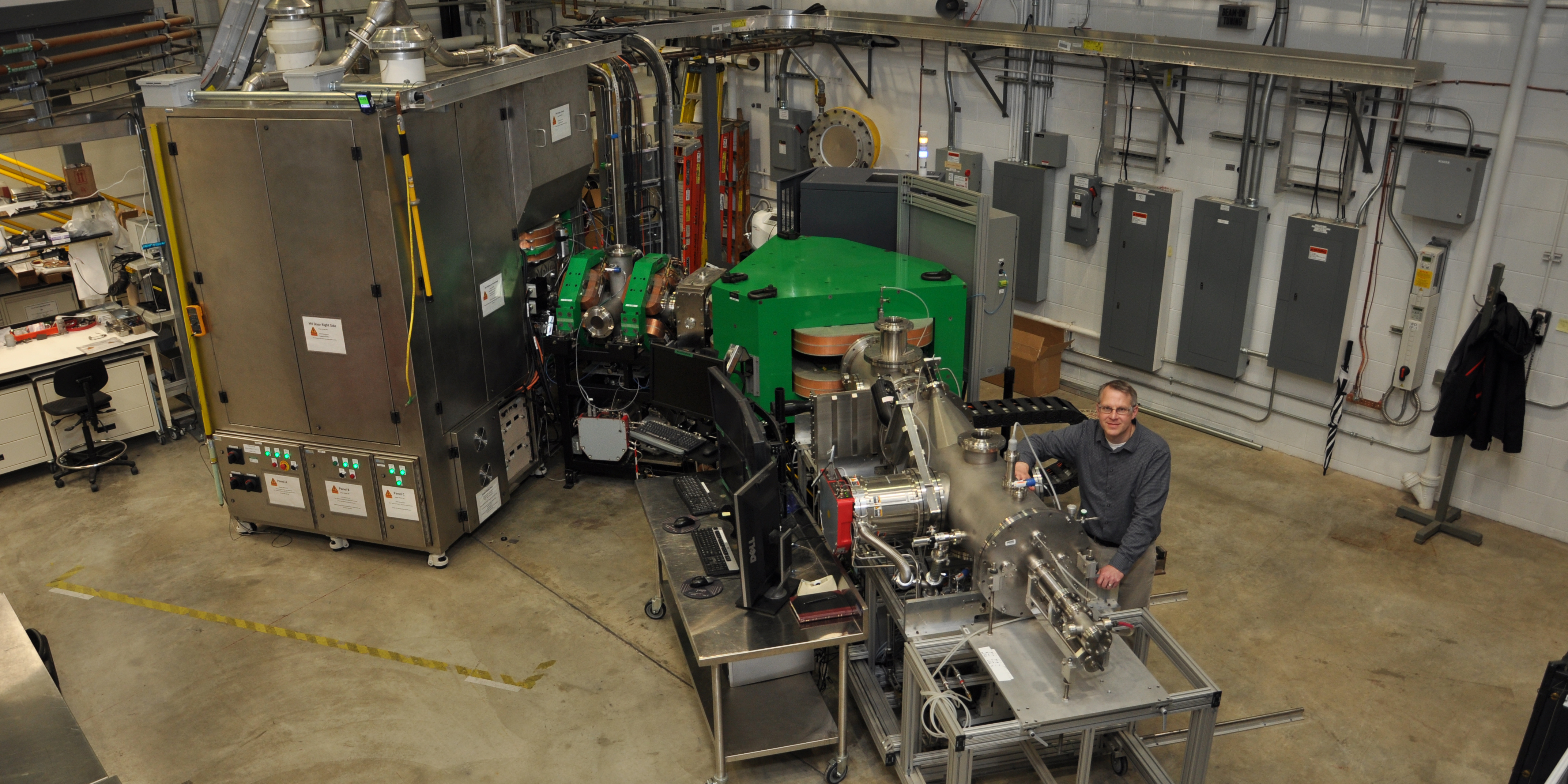 Egle with the EMIS at Oak Ridge National Laboratory

Ask Brian Egle about his favorite aspect of his job and he'll tell you it's the variety. “It’s really fun and really engaging to get to ask yourself, ‘What do you want to work on today?’” says Brian, a recently appointed section head in the newly formed Isotope Science & Engineering Directorate at Oak Ridge National Laboratory.

As part of a lab-wide organizational update known as ”Reimagining ORNL”, Brian was selected to manage the Stable Isotope Research, Development & Production section in the Enrichment Science Research & Engineering Division.

His section is focused on leading the science and production process development that delivers stable isotopes for medical, industrial, and DOE mission-critical applications. Within the section are three distinct groups: the Stable Isotope Process Development Group, the Dispensing and Technical Services Group, and the Production Operations Group.

Stable isotope science was not in Brian’s initial career path. Out of college, he started as a manufacturing engineer for a national window company when he became interested in renewable energy. That interest was strong enough that he ultimately obtained a doctoral degree from the University of Wisconsin-Madison’s Fusion Technology Institute. He arrived at ORNL in 2010 as a Weinberg Fellow and subsequently moved into a senior researcher role. He has been a group leader and a project lead, including the Isotope Development group that was responsible for the enrichment of ruthenium-96. This was the first stable isotope enrichment in the U.S. since 1998 and was recognized with a DOE Office Science Appreciation Award in 2018.

In addition to the variety, Brian appreciates that his research has the potential to positively impact society in several areas — nuclear medicine and national security, for example.

The enrichment of stable isotopes is a high priority for the DOE Isotope Program. Some stable isotopes are the necessary pre-cursers for creating radioisotopes through irradiation or proton bombardment for medical and industrial applications. Isotopes of particular interest to the Isotope Program include ytterbium-176 as the target material for producing lutetium-177 and molybdenum-98 and 100 as the feedstock needed for technetium-99.

Over the next several years Brian and his teams will continue their work expanding stable isotope technology and production on behalf of ORNL and the DOE Isotope Program. For more information on Stable Isotope Research, Development, and Production visit the link below.