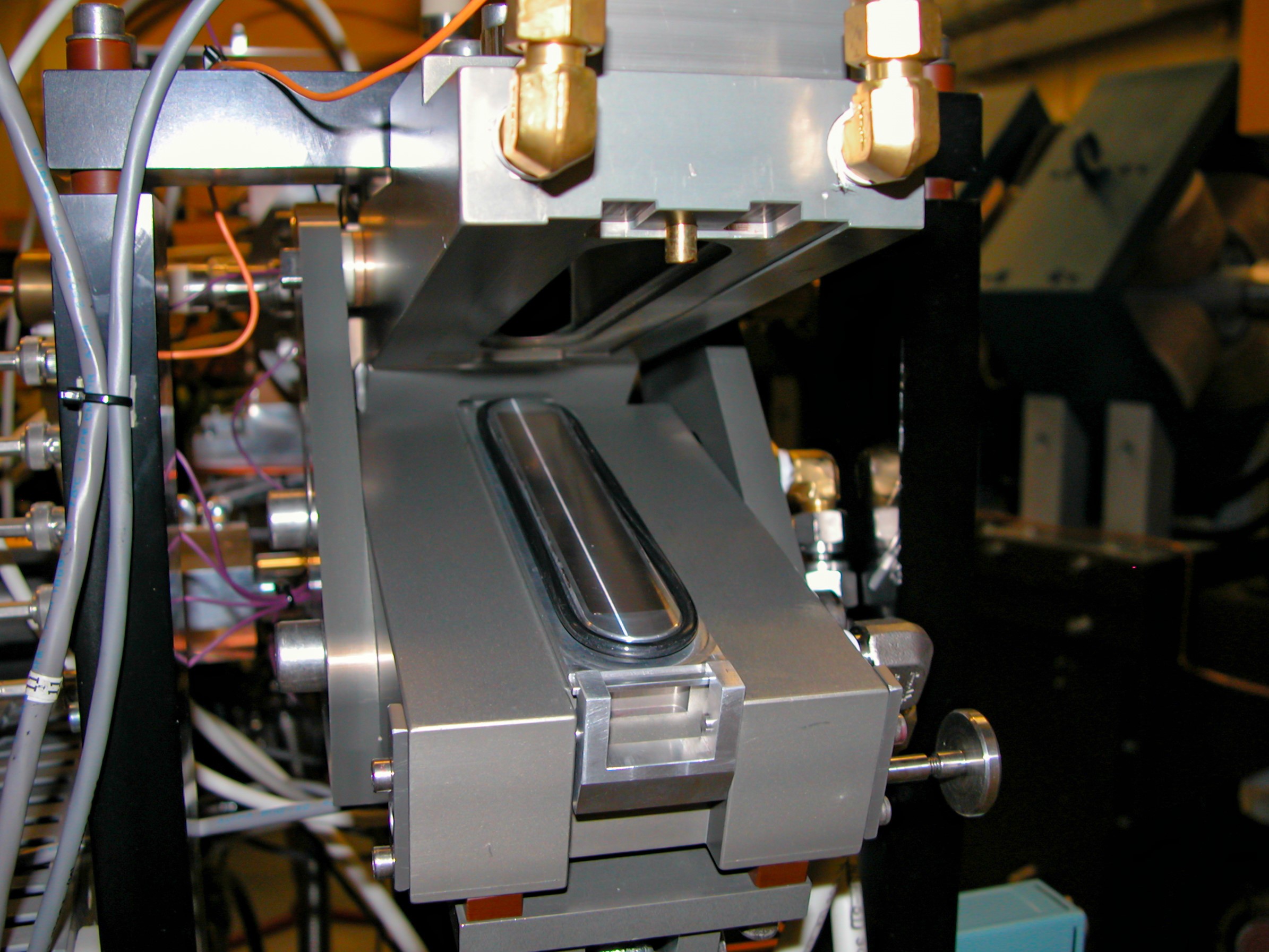 While no two cancers are the same and every patient reacts differently to treatment, scientists in the Departments of Radiation Oncology and Medicine at the University of Washington (UW) and Fred Hutchinson Cancer Center (Fred Hutch) are exploring a new treatment option in radioactive isotope astatine-211 (At-211).

In clinical trials with over 40 cancer patients conducted by Fred Hutch and UW, early results suggest that the short 7.2-hour half-life of radioactive isotope At-211 can provide patients with blood-borne cancers with just enough radiation therapy to target their cancer cells. This approach minimizes exposure to the rest of the body and limits exposure to health care teams handling the radioisotope.

Scientists at UW are able to produce the radioisotope on site at UW’s Medical Cyclotron Facility and deliver certified doses of the treatment just hours later. This unique bench-to-bedside approach also eliminates the cost and time constraints of shipping longer half-life radioisotopes to hospitals for dose preparations.

“We’re looking for a new way to treat blood-borne cancers that one day may eliminate the need for total body irradiation, so we only minimally expose healthy tissues to radiation,” said Scott Wilbur, professor and researcher in the department of Radiation Oncology at UW, whose collaborative research with At-211 over the years has led to several novel techniques that are paving the way for new treatments.

An “alpha-emitter,” At-211 releases only one alpha particle per decay, reducing its reach within the body, and completely decays away in mere hours versus days or weeks as typically seen with traditional beta emitters and some other alpha-emitters. When combined with a biological targeting agent, like a mono-clonal antibody, alpha-emitters are capable of Targeted Alpha Therapy (TAT). This targeted therapy immediately begins when the pharmaceutical circulating within the patient’s bloodstream attaches to the cancer cell. The quick decay of the radioisotope kills the cancer cell and then leaves the body in a short period of time.

The clinical trials being conducted mark the first time this radioisotope has been injected intravenously. This method sends the targeted therapy directly where it is needed to attack blood-borne cancers such as leukemia, lymphoma, myelodysplasia or myeloma, which often originate in the bone marrow.

With early results showing promise, the team at UW is working to develop a more automated production process it could then share with other research facilities. To further expand the reach of these short-lived isotopes, the Department of Energy’s (DOE’s) University Isotope Networkaims to integrate production sites so short-lived medical isotopes like At-211 could be more easily shipped to medical facilities and, ultimately patients, across the U.S.

A race against the clock

The short half-life of At-211 requires a sprint from the start of production to the finish line, which culminates in patient doses. The process begins in the middle of the night to produce sufficient quantities of At-211 that are needed to treat patients the following afternoon.

The element astatine is a member of the halogen group, and the At-211 isotope is produced by bombarding a bismuth target in a particle accelerator known as a cyclotron. Alpha particles are accelerated in a high-energy beam to approximately 83 million miles per hour. The resulting interaction produces At-211.

“You can think of this process in much the same way that Hot Wheels cars are supercharged once passing through a garage that serves to accelerate the cars down the track,” said Robert Emery, director of the technical support group of the UW Medical Cyclotron Facility, the world’s leading producer of At-211 and one of only a handful of facilities in the U.S. with an alpha beam capability.

To produce each dose of At-211 for the clinical trials, up to 130 millicuries must be produced in the cyclotron, which requires an exacting, 18-hour process beginning at midnight.

Over the course of the next 6–7 hours, Emery and his small team keep the alpha beam stable by continually adjusting the gas pressure and voltage of the helium source to rip off its electrons and create an arc, effectively ionizing the gas into a plasma. This arc can burn out quickly, requiring the team to replace the 100-pound ion source assembly and start all over. Emery likens the constant give-and-take to adjusting the antenna of an old TV set to get the signal right.

As the clock ticks upward from midnight to produce At-211, a counter clock winds downward, starting the decay process of the radioisotope, which decays to just 10 percent in 24 hours and 0.1 percent in 72 hours.

The dose production process that started at midnight ultimately finds its way to patients well before sundown.

Just as every new car undergoes a multi-step inspection process to certify the safety and performance of the automobile, so must the newly produced At-211 before it can be provided as drug therapy for patients.

With the clock now standing at about 7 a.m., the next steps in the process tick on for another five hours. Using a novel “wet chemistry” technique developed by Wilbur at UW, At-211 is isolated, certified and placed in a sterile environment to label, or attach, the radioisotope to an antibody.

This process is critically important to ensure the radioisotope does not separate from the antibody once injected into the patient, potentially spreading At-211 away from the targeted cancer cells and to healthy parts of the body. To protect against this, Wilbur developed an antibody labeling process using a decaborate molecule, whose cage-like structure enhances labeling speed and efficiency and significantly strengthens the At-211 bond.

As part of the federally mandated quality check, known as Current Good Manufacturing Practiceor cGMP, the radioisotope is then purified, undergoing a series of quality checks before each dose can be certified and released to physicians for use in patients.

“Every patient is impacted differently by cancer; therefore, every potential treatment should be considered,” said Yawen Li, assistant professor of Radiation Oncology at UW. “Targeted alpha therapy using At-211 provides an alternative or adjuvant to chemotherapy and external radiation, which can often be resisted by the body.”

Though the survival rate for some cancers has increased significantly over the years—some as high as 100 percent—once cancer spreads to new locations in the body, or metastasizes, that survival rate can drop dramatically. It is believed that TAT is particularly good at finding and targeting these metastasized cells early and can eliminate them before they grow and do harm to the tissues they invade.

In one clinical trial, the use of At-211 has the potential to increase the eligibility of patients who can receive bone marrow transplants, the only curative way to treat certain high-risk or relapsed blood-borne cancers.

“This trial has allowed us to treat patients who otherwise would not be eligible for this approach due to having too much disease. It is gratifying to see patients now several years out still in remission,” said Brenda Sandmaier, professor at Fred Hutch, professor of medicine at UW and protocol principal investigator. “The collaboration with Dr. Wilbur’s team has been a long term and exciting collaboration resulting in truly bench-to-bedside therapy,” she said.

Though TAT is combined with total body irradiation (TBI) in this study, the goal is to one day eliminate the need for TBI entirely, significantly decreasing the harmful effects of radiation to surrounding tissues.

While researchers at UW are intrigued by their early findings, they admit this is just the tip of the iceberg. To provide this type of targeted therapy to more patients at more clinics, the infrastructure must be developed to produce At-211 and other short-lived isotopes, enabling production of these promising radioisotopes across the country.

Damian Green, another Fred Hutch investigator and associate professor in the UW Department of Medicine, is exploring other ways to harness the power of At-211 to treat multiple myeloma, a form of cancer that is currently incurable for the vast majority of patients.

“Astatine-211 has features that make it particularly attractive for targeted therapy. We are very enthusiastic about bringing it to the clinic for more patients. This cross-pollination of ideas and the opportunity to leverage the talents of each team member uniquely positions us to make discoveries that can save patients’ lives,” he said.

This research is supported by the U.S. Department of Energy Isotope Program (DOE IP), managed by the Office of Science for Isotope R&D and Production. This clinical trial is funded by a research grant from the National Institutes of Health (CA078902). The University of Washington Medical Cyclotron facility is part of the (DOE IP) University Isotope Network, which supports the production and development of techniques to produce radioactive and stable isotopes that are in short supply for research and applications. The DOE IP also funds the National Isotope Development Center (NIDC), which coordinates isotope production and sales across numerous universities, national laboratories, and facilities across the nation to promote a reliable supply of domestic isotopes.